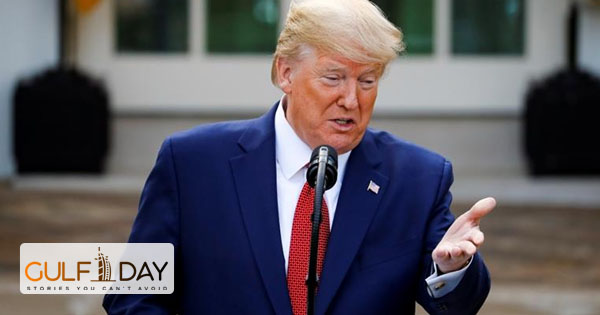 US President Donald Trump has said that he will call to the UN Security Council to renew all nuclear program-related sanctions on Iran, in an attempt to end the 2015 nuclear deal and force Tehran to return to the negotiating table.

“Record this, Iran will never have a nuclear weapon … We have paid a fortune in exchange for a failed concept, a failed policy that would have made it impossible to bring peace to the Middle East.” The Bloomberg News Agency has quoted Trump as saying at a White House press conference on Wednesday.

The move puts the Trump administration on a collision course with other world powers who say the United States does not have the authority to reimpose international sanctions and that these sanctions will not apply.

US Secretary of State Mike Pompeo will formally propose to the United Nations a “snapback” (rapid return to sanctions) on Thursday.

Pompeo is due to meet UN Secretary-General Antonio Guterres in New York on Thursday.

Trump withdrew from the nuclear deal reached by his predecessor Barack Obama in 2018 and has since imposed strict sanctions on Iran.

Trump now wants the return of the international sanctions regime, including an extension of the arms embargo, which is due to expire in October, as part of the nuclear deal.

The US State Department said, “After 30 days of Secretary Pompeo’s notification, a set of UN sanctions will be restored, including a demand that Iran suspend all enrichment-related activities. The arms embargo imposed on Iran for 13 years will also be extended”.